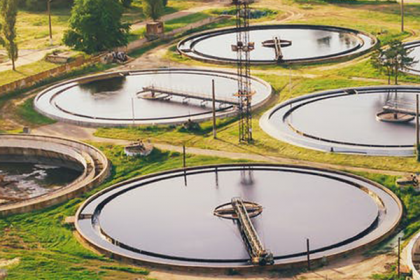 Industrial steam boilers are imperative for the process and manufacturing industries that include a huge investment while selecting a steam boiler and proper handling. It is important to extend the lifespan of the steam boiler and maintain its efficiency. However, corrosion is a major issue that causes the failure of boilers, which is where the deaeration process comes in. Boiler deaerators are used for the removal of oxygen and other gasses from the water, fed to the boilers for generating steam. Deaerators are useful for removing the gasses attached to the metallic components of the steam system and cause corrosion by forming oxides, or rust. As both oxygen and carbon dioxide cause corrosion, the majority of boiler deaerators remove oxygen to levels that eliminate carbon dioxide.

What is Deaerator in Steam Boiler?

The Deaerator tank stores cold and hot fluid to eliminate the dissolved air or non-condensable gasses present in the fluid. Deaerating feed tanks helps in the removal of non-condensable gasses from a feed. Deaerators also pre-heat the water before it enters the steam boiler. The process helps save energy by recovering flash and exhaust steam from plant returns that would normally be released in the atmosphere and utilizing it to pre-heat the feedwater. The recovered steam can account for 20% of the fuel usually required to provide heat for that process.

Pre-heating the feedwater also reduces the chance of thermal shock caused by the expansion and contraction of heating surfaces and consequently improves the operation of the steam boiler.

How Does a Deaerator Work?

Although there are various types of deaerators, it generally operates in the same way. The feedwater enters the deaerator through an inlet water connection. The steam in the tank is introduced with the make-up water that increases the water temperature. It leads to breaking the oxygen and other undissolved gasses and allowing it to escape through a vent located at the top of the deaerator tank.

The water passes through a baffled scrubber section of the tank and is scrubbed with oxygen-free steam. The steam then moves through a spray valve that converts the steam into a fine mist. The water is used by the steam boiler as the gasses vent to the atmosphere.

The two major types of deaerators used are spray type and tray type,

Generally, the spray-type deaerator is a horizontal vessel that includes a preheating section and a deaeration section with a baffle that separates the two sections. Low-pressure steam enters the vessel through a sparger from the bottom.

The objective of the feedwater spray nozzle and the preheat section is to heat the boiler feed water to its saturation temperature. It facilitates the releasing of the dissolved gasses in the following deaeration section.

The preheated feed water flows in the deaeration section to be deaerated by the steam rising from the sparger system.

Gasses that are released from the water exit through the vent at the top of the vessel. The pumps pass boiler feed water from the bottom of the vessel to the steam-generating boiler system.

Tray type deaerator is a vertical domed deaeration located on top of a horizontal cylindrical vessel. The boiler feedwater enters the vertical section above the perforated trays and passes downward through the perforations.

Low-pressure deaeration steam enters below the perforated trays and moves upward through the perforations. It provides good contact and mixing of steam and the boiler feedwater.

The steam eliminates the dissolved gas from the boiler feed water and exits through the vent valve at the top of the domed section.

The water moves down into the horizontal storage vessel and later on pumped to the steam boiler system. Low-pressure heating steam keeps the stored boiler feed water warm. It enters the horizontal vessel through a sparger pipe in the bottom.

Since its formation in 1983, Rakhoh Boilers strives to enhance and improve the safety of the boiler operations by manufacturing and installing steam boilers of the highest quality to ensure the safety of the process plants and prevent any fatal accidents or injuries to the staff working and operating the plant. As a trusted steam boiler manufacturer, we have successfully installed 3000+ boilers in over 26 countries worldwide.

Learn more about our products and services by visiting www.rakhoh.com 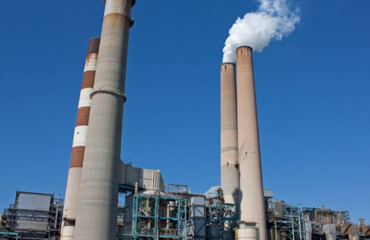 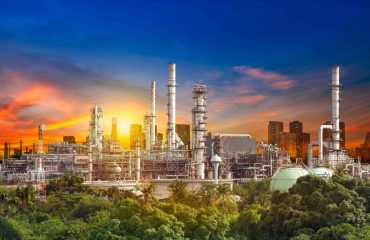 A Brief on O2 Trimmings for Boiler Efficiency